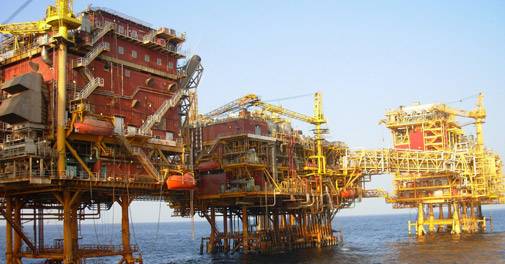 This is the right time to shop crude. The question at this point of time is whether India can stock the cheap crude for its future use. The country has limited Strategic Petroleum Reserve (SPR) capacities compared to the US, China, Japan and South Korea and it explains the missed opportunity.

The soon-to-expire May contract for West Texas Intermediate (WTI) crude on the New York Mercantile Exchange (NYMEX) trades in negative territory – it went down to minus $37.63 a barrel on Monday as order cancellations led to sellers giving the money to buyers for evacuations. The price of Brent crude and the Indian basket, which are in the same range, dipped to $20 a barrel. Seeing this as an opportunity, the US President Donald Trump said on Monday that the country is looking to add 75 million barrels (MB) of oil to the SPR. But for India, which is the third largest consumer in the world, the whole SPR storage capacity comes to just 39 MB. So the country has the limitations when it comes to stocking up cheap crude for future.

The US can stock up to 730 MB of crude as SPR at its four sites with deep underground storage caverns created in salt domes along the Texas and Louisiana Gulf coasts. India, meanwhile, has storage capacity nowhere near other Asian countries such as China (550 MB), Japan (528 MB) and South Korea (214 MB). Since India imported an average of 4.5 MB of crude daily in the last year, the SPR of 39 MB (equivalent to 5.33 million tonnes) equates to maximum 9 days of cover in the event of a disruption as against 198 days of cover for Japan at the other extreme.

SPR, the world’s largest stock of emergency crude oil, was established primarily to reduce the impact of disruptions in supplies of petroleum products and to carry out obligations of the nations. India had begun its SPR projects in 2005 and spent over Rs 4,000 crore for the phase 1. The combined capacity of SPR in three locations in southern Indian — Vishakhapatnam, Mangalore and Padur (Karnataka) — is just over half full at present. Two years ago, in June 2018, the central government had approved a plan to build two new caverns of SPRs at Chandikhol in Odisha (4.4 MT) and Padur (2.5 MT) for stocking crude for 11.5 days.

At present, Abu Dhabi National Oil Company (ADNOC) is stocking its crude at the SPR locations of the India government. In February 2018, ADNOC had signed agreement with state-owned Indian Strategic Petroleum Reserves (ISPRL) to store around 5.86 MB of crude oil at Mangaluru facility. Nine months later, ADNOC signed another deal with ISPRL to store oil in half of the Padur reserve. ADNOC stocked up to sell oil to local refiners but gave the government the first right to deal with emergency.

According to analysts, the world currently has around 7.2 billion barrels of crude oil and its products stored onshore, besides 1.3 billion barrels onboard oil tankers at sea. India imports about 82 per cent of its required crude and it alone accounts for over 20 per cent of India’s whole merchandise imports. The country has imported Rs 7.8 lakh crore worth crude in 2018/19. In the first 11 months of 2019/20 (without March), the crude import bill stood at Rs 6.7 lakh crore, which is lower.

Also Read: Coronavirus impact: Sanitisers to be made of surplus rice; Rahul Gandhi says it’ll clean hands of the rich