WHO chief rubbishes resignation calls, appeals for US aid 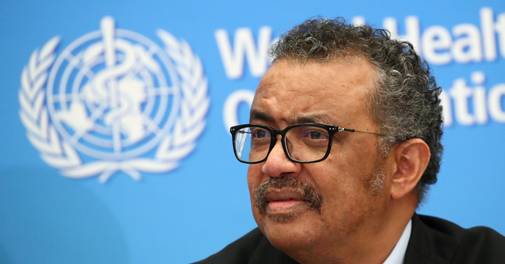 The World Health Organization chief said Wednesday he hopes the United States will reconsider its freeze in funding for his agency and vowed to keep working on saving lives despite calls from some U.S. lawmakers for his resignation.

WHO Director-General Tedros Adhanom Ghebreyesus said he hopes the U.S. believes the agency is an important investment, not just to help others, but for the U.S. to stay safe amid the pandemic.

President Donald Trump last week announced a temporary halt to U.S. funding for the U.N. agency, alleging a WHO cover-up and missteps handling the outbreak. The U.S. is the Geneva-based agency’s biggest donor, providing hundreds of millions of dollars’ worth of support each year. In Washington, officials said Wednesday the halt involved new funding for the WHO, and was expected to continue for 60 to 90 days.

A group of Republican lawmakers in the House of Representatives last week suggested that Trump should condition any voluntary U.S. contributions to the WHO this year on Tedros’ resignation.

Asked about whether he was considering that, Tedros said: I will continue to work day and night because this is a blessed work, actually, and responsibility saving lives, and I will focus on that.

Dr. Mike Ryan, the WHO’s emergencies chief, said the U.S. pause would impact core agency activities like child immunizations, efforts to eradicate polio, and essential health services and trauma management in some of the most vulnerable populations in the world. I very much hope that … this is a 60-day stay on funding, and no more, he said.

That’s why you don’t see me complaining, because we just need to get on with it. At a news conference in Washington on Wednesday, U.S. Secretary of State Mike Pompeo announced a new tranche of U.S. assistance to specific countries, bringing the total of virus aid this year to more than 700 million.

Other U.S. officials said the suspended money for the WHO would be used for the same purpose, just distributed to individual groups eliminating the agency as a conduit.

Also read: Sweden: The world champion of ‘herd immunity’ in fight against coronavirus