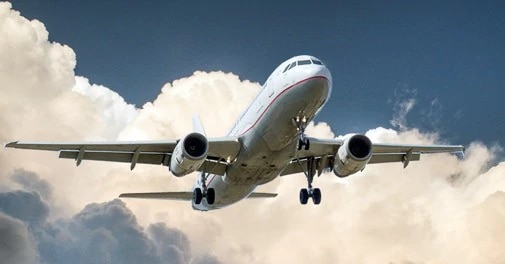 The UK government on Sunday announced the first seven chartered flights next week to bring home British nationals stranded in India amidst the international travel lockdown over the coronavirus pandemic.

An estimated 35,000 British nationals are currently in India, out of whom over 20,000 have contacted the British High Commission to say they wish to return to the UK as soon as possible. A set of 113 of the “most vulnerable” Britons were flown out of Goa on an Irish flight on Saturday.

The special flights to London include three scheduled from Goa for next Wednesday, Friday and Sunday and two each from Mumbai and Delhi on Thursday and Saturday, with further flights planned later.

The British High Commission told its citizens to check the government travel advisory and visit the booking portal for respective cities to reserve seats.

“We know how worrying the past few weeks have been for British nationals in India. I hope this announcement will bring relief, especially to those in greatest need,” said Jan Thompson, Acting High Commissioner to India.

“Due to the large numbers of British travellers involved, the scale of this operation is huge. The UK government continues to work hard with our Indian counterparts in New Delhi and London to arrange a safe journey back for as many people as possible,” she said.

The High Commission in New Delhi had earlier issued authority letters for Britons to be able to produce as proof for the local authorities in India to allow them access to the rescue flights from different parts of India.

“The UK is working around the clock to support the large numbers of British travellers who wish to return to the UK from India and around the world,” said Lord Tariq Ahmad, UK Foreign and Commonwealth Office (FCO) minister.

“In the absence of commercial flights, these first charter flights from India should provide relief to some of our British travellers who are desperate to return home, especially for the most vulnerable and those in greatest need,” he said. The first set of chartered flights are for the UK travellers who normally reside in the UK and their direct dependents.

A number of seats will be reserved for those deemed vulnerable, with individuals in this group to be contacted directly. Details regarding luggage allowance, flight costs and carriers will be available on the booking portal. The UK government has said that information on further flights from other cities locations in India will follow shortly.

The FCO said that it is ramping up efforts to bring home thousands of travellers stranded overseas by coronavirus with a new package of extra flights and 10 additional airlines joining its scheme to keep commercial routes open and get British people back to the UK in line with its 75-million pounds rescue plan announced earlier.

UK Foreign Secretary Dominic Raab said: “Travellers are facing an unprecedented challenge on a global scale, and I know people are understandably desperate to get back to their homes and loved ones.

“We are committed to supporting Britons getting home either through commercial routes we have helped keep open or through specially chartered flights. With more airlines signing up it should mean more flights available but also a fairer deal for travellers by providing more flexibility over tickets and costs”.

Besides India, flights have been laid on from countries including Peru, Ghana, Tunisia and Algeria this week, with thousands more due to fly back from Ecuador, Bolivia, Ghana and the Philippines over the coming days.

The number of airlines signed up to the government’s scheme to get Britons home now stands at 14 after 10 new airlines, including British Airways, Norwegian, TUI and Ryanair, joined Virgin Atlantic, Titan, easyJet, and Jet2 which signed up earlier this week.

The FCO is also working closely with the cruise company Holland America to ensure flights are available over the weekend to return passengers currently on the Zaandam and Rotterdam cruise ships. Earlier this week TUI, with FCO support, flew around 40 passengers from the Marella Explorer cruise ship back to the UK from Mexico.

“We continue to work with airlines round the clock to reunite British citizens with their families and loved ones. With more airlines pledging support, this huge operation becomes a little easier, speeding up the process and helping ensure a greater number of people return home quickly and safely,” said Grant Shapps, UK Transport Secretary. The FCO also confirmed on Sunday that its advice against all but essential travel will continue indefinitely amid the coronavirus pandemic.

Where it is possible to get back to the UK on commercial routes by any carrier, the FCO says it continues to encourage all British nationals to take such opportunities.

The UK Department for Transport said it is working closely with airlines to bring those with pre-booked tickets home, either with the airline they booked with or on alternative routes where available.

This includes airlines allowing passengers to change tickets between carriers, where permissible, and offering them the latest information and advice as the situation changes.