Trump to slap new taxes on companies manufacturing outside US 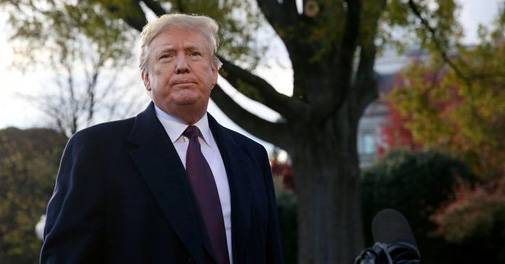 President Donald Trump has threatened to slap new taxes on American companies like Apple to dissuade them from moving their manufacturing bases from China to countries like India and Ireland instead of the US amidst the COVID-19 pandemic.

In an interview with Fox Business News, Trump said that taxation was an incentive for the companies to return manufacturing bases to the US.

“If they do, you know, we gave Apple a little bit of a break because they’re competing with a company that was a part of a trade deal that we made. So it was a little bit unfair to Apple, but we’re not allowing this anymore. You know if we wanted to put up our own border like other countries do to us, Apple would build 100 per cent of their product in the United States. That’s the way it would work,” he said.

According to the New York Post, Apple is looking to shift a significant portion of its production to India from China.

Supply lines of many tech companies manufacturing in China were disrupted after the deadly coronavirus outbreak in the Chinese city of Wuhan.

“So, you don’t think you need to do anything in terms of incentives,” he was asked.

“One incentive, frankly, is to charge tax for them when they make products outside. We don’t have to do much for them. They have to do it for us,” Trump said. Trump said that he wants to bring manufacturing back to the US.

“And now they’re not fighting. These stupid supply chain that are all over the world, we have a supply chain where they’re made in all different parts of the world and one little piece of the world goes bad and the whole thing is messed up. I said we shouldn’t have supply chains. We should have them all in the United States. We have the companies to do it. And if we don’t, we can do that,” he added.

Trump has routinely threatened to raise tariffs on consumer electronics during his ongoing trade war with China.