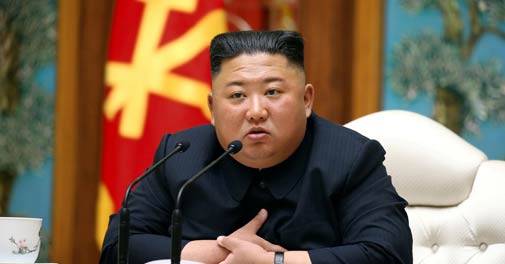 South Korean officials have confirmed that that reports which stated that North Korean leader Kim Jong-un is seriously ill after heart surgery are completely false.  Rumours of Kim Jong-un being gravely-ill and recovering from a dangerous operation had been making rounds on the internet since Monday.

The presidential office in Seoul has said there have been no signs from North Korea which indicate that the 36-year-old is “gravely ill”. This is not the first time that rumours of Kim Jong-un being ill have appeared in headlines.

The speculation about the North Korean leader’s health started when he did not appear for his grandfather’s birthday celebrations on April 15. The birthday of Kim II-sung is one of the biggest events of the year in North Korea as it marks the birth of the nation’s founder. Kim Jong-un absence at such a crucial event led many to speculate about his health. Kim Jong-un’s last public appearance was on April 12, he has not appeared publicly since then.

According to the BBC, the reports of Kim Jong-un’s degrading health were started by a website run by North Korean defectors on Tuesday. However, now the South Korean government has confirmed that all reports of the North Korean leader being gravely ill were not true.