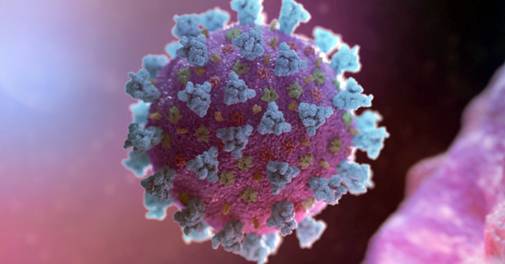 South African President Cyril Ramaphosa on Monday announced intensified door-to-door screenings to fight the COVID-19 outbreak in the country which is in a 21-day lockdown. Three South Africans have died in the last three days and there are 1,326 confirmed infections, Ramaphosa said in a live address.

Expressing concern that there were many South Africans who were not taking the lockdown seriously, Ramaphosa said a new project will be launched wherein 10,000 staffers will visit homes to test for COVID-19.

Those found to be positive will be advised to self-isolate, or be referred to hospitals or special facilities set up for treatment, dependent on the seriousness of each individual case. Ramaphosa said there were people who believed the coronavirus threat was not real.

“Some people may think this disease is something that doesn’t concern them and that it will never affect them; that it is something they only read about in newspaper (and) social media, or see reports about on television.

“But it is very real and it poses a great danger to every one of us. It infects the rich and the poor; the young and the old; black and white; those who live in the cities and those who live in the rural areas. Let us not make the mistake of thinking that this is somebody else’s problem,” he said. The president cautioned those who were not heeding the lockdown rules.

“Every time you violate the regulations the government has issued, or try to get around the rules, you are putting yourselves and others at risk,” Ramaphosa said. The president said the government is aware of the “great disruption” that the lockdown has caused to citizens at all levels.

“But we all know that it is absolutely necessary to save the thousands, or tens of thousands of our people,” he said, noting that the disease was spreading rapidly across the globe.

On the 114 South Africans who were evacuated from Wuhan in China, the originating point source of COVID-19, Ramaphosa said the group should give the country hope. “They were able to go through an 81-day lockdown,” the president said, of which 51 days were in Wuhan.

Ramaphosa also thanked the generous donors who contributed significant amounts to a solidarity fund aimed at assisting the needy during the lockdown.