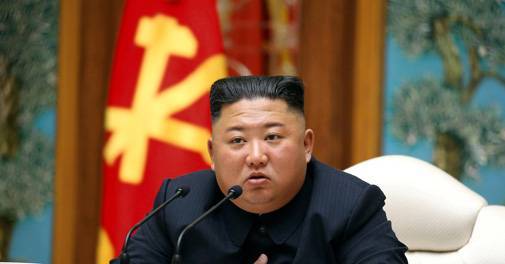 Last month, a South Korean source told Reuters that their intelligence was that Kim was alive and would likely make an appearance soon

The North Korean state media has claimed that Kim Jong Un attended a public event on Friday in Sunchon with other senior officials, including his sister Kim Yo Jong. The report is expected to somewhat reduce recent global speculation on his health and whereabouts. In the first public appearance in over two weeks,  North Korea’s Supreme leader celebrated the completion of a fertiliser factory near Pyongyang, the official Korean Central News Agency reported. The global news agency Reuters reported a descriptive report in the official Rodong Sinmun newspaper sharing several photos of Kim wearing black and smiling. The pictures also showed thousands of workers, many masked, standing in lines at the event.

If reports are anything to go by, it was the first public appearance of Kim since April 11, when he chaired a party meeting to discuss coronavirus outbreak and reappoint his sister as an alternate member of the Political Bureau of the party’s Central Committee. The conjectures over his health surged after Kim missed the birthday celebration of his late grandfather Kim Il Sung on April 15.

Last month, a South Korean source told Reuters that their intelligence was that Kim was alive and would likely make an appearance soon. Reuters had also reported that China recently dispatched a team to North Korea including medical experts to advise on North Korean leader Kim Jong Un. Daily NK, a Seoul-based website, had also recently reported that Kim was recovering after undergoing a cardiovascular procedure on April 12.