India to supply Europe with 1,000 tonnes of paracetamol API 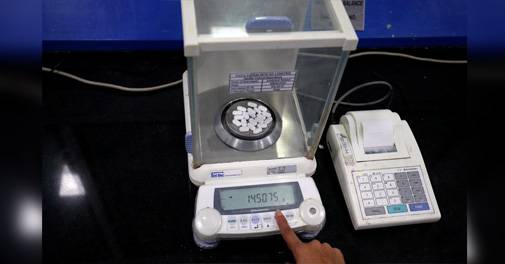 India will supply Europe with about 1,000 tonnes of the active pharmaceutical ingredient (API) for common pain reliever paracetamol, a top exports body said, easing export controls on over-the-counter medicines used to cope with COVID-19 symptoms. The Indian government in March put a hold on exports of several drugs including paracetamol to secure supplies for its people after the coronavirus outbreak disrupted the industry’s supply chain globally. COVID-19 is the respiratory disease caused by the novel coronavirus.

Europe has sought up to 800 tonnes of paracetamol APIs every month, said Dinesh Dua, chairman of the Pharmaceuticals Export Promotion Council of India (Pharmexcil). “We have been under immense pressure from the European Union for the last 10 days,” Dua said.

The European Union delegation in India did not immediately reply to an email from Reuters requesting comment on the planned shipment. Indian authorities have asked drugmakers to ensure the country is adequately stocked for up to four months of domestic requirements, Dua said.

India, the world’s main supplier of generic drugs, has shipped 1.9 million tablets and other forms of paracetamol to 31 countries, the foreign ministry said late last month, adding that consignments of anti-malaria drug hydroxychloroquine and paracetamol were being sent to 87 countries on a commercial basis.

Europe is India’s biggest buyer of paracetamol APIs and imports around 12,000 tonnes annually, according to Pharmexcil estimates. The common pain reliever is also sold as acetaminophen. The novel coronavirus outbreak has killed more than a quarter of a million people and Europe has accounted for 57% of the global death toll.

India has so far reported more than 49,000 cases of COVID-19. The outbreak has not shown any signs of slowing despite a severe lockdown that has confined its population of 1.3 billion to their homes since late March. Health experts warn a surge of infections can overwhelm the country’s medical services. Indian pharmaceutical companies get almost 70% of the active pharmaceutical ingredients (APIs) for their medicines from China, where the virus had emerged late last year. “The country is vulnerable in terms of importing the drug’s intermediates from China,” Dua said.

Pharmexcil counts dozens of pharmaceutical firms such as Pfizer Ltd and Abbott among its members. The council falls under the federal commerce ministry.