India part of US’ 18-point plan to hold China accountable 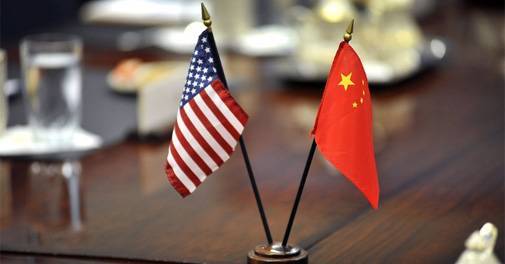 A top US senator has unveiled an 18-point plan, including enhancing military ties with India, to hold the Chinese government accountable for its “lies, deception, and cover-ups” that ultimately led to the global COVID-19 pandemic. The prominent suggestions are moving manufacturing chain from China and deepening military-strategic ties India, Vietnam and Taiwan.

“The Chinese government maliciously covered up and enabled a global pandemic that has caused misery for so many Americans. This is the same regime that locks up its own citizens in labour camps, steals America’s technology and jobs, and threatens the sovereignty of our allies,” said Senator Thom Tillis, presenting his detailed, 18-point plan on Thursday.

“This is a major wake-up call to the United States and the rest of the free world. My plan of action will hold the Chinese government accountable for lying about COVID-19; sanctioning the Chinese government while protecting America’s economy, public health, and national security,” he said. The plan seeking to create a Pacific Deterrence Initiative and immediately approve the military’s request for USD 20 billion in funding. It also calls for deepening military ties with regional allies and expand equipment sales to India, Taiwan and Vietnam.

Encourage Japan to rebuild its military and offer Japan and South Korea sales of offensive military equipment, it said. “Move manufacturing back to the US from China and gradually eliminate our supply chain dependency on China. Stop China from stealing our technology and provide incentives to American companies to regain our technological advantage. Strengthen cybersecurity against Chinese hacks and sabotage,” the plan stated.

“Prevent American taxpayer money from being used by the Chinese government to pay off their debt. Implement the US ban on (Chinese technology company) Huawei and coordinate with our allies to implement similar bans,” it added. The plan seeks restitution from the Chinese government and imposition of sanctions for lying about the virus. It further said China should be sanctioned for their atrocious human rights record.

Senator Tillis’ plan urges the Trump Administration to formally request the International Olympic Committee to withdraw the 2022 Winter Olympics from Beijing. “Stop China’s propaganda campaign inside the United States. Treat Chinese government-run media outlets as the propaganda proxies that they are,” the plan stated. Urging the government to investigate the Chinese government’s cover-up of the spread of COVID-19, the plan also seeks to investigate America’s reliance on China’s supply chains and threats to public safety and national security.

“Ensure the independence of the WHO through investigations and reform. Expose and counter China’s predatory debt-trap diplomacy targeting developing countries. Increase intelligence sharing on potential pandemics and lead the creation of a watchdog organization to monitor foreign governments’ handling of deadly viruses,” Tillis said in his suggestions. The coronavirus, which first emerged in China’s Wuhan city in December last, has killed over 3,00,000 people with 4.3 million confirmed cases across the world. More than a quarter of all confirmed COVID-19 cases are from the US.

There has been increasing pressure on the President Trump, in the last several weeks, to take action against China as lawmakers and opinion-makers feel that the COVID-19 spread across the world from Wuhan because of Chinese inaction. Meanwhile, Senator John Barrasso, in a speech on the Senate floor on Thursday, highlighted the need to update the Foreign Intelligence Surveillance Act (FISA) legislation that was put on hold by the coronavirus pandemic.

“The virus could have been contained had it not been for the Chinese Government’s unscrupulous cover-up. China knew the risk months before the rest of the world; yet Chinese communist leaders destroyed key evidence, they under-reported the number of coronavirus cases, and they misled the world about its deadly, rapid spread,” he said. Asserting that the virus should have been contained in Wuhan, he said tens and tens of thousands of Americans and hundreds of thousands of people worldwide have died as a result of China’s failure.

Barrasso said the US should encourage its companies to create American and western supply chains. “That way our frontline workers have what they need in the time of crisis,” he said. “Not again, not ever will we be exclusively sourced for critical drugs from China. We should diversify supply and bring home as much of our supply chain as possible,” he added.

Congressman Troy Balderson introduced bicameral legislation with Congressman Doug Collins and Senator Lindsey Graham that will hold China accountable for deceptive actions taken by its leaders that led to the spread and subsequent global pandemic. The COVID-19 Accountability Act authorises President Donald Trump to impose sanctions on China if it fails to cooperate with a full investigation led by the US or its allies into the events that lead to the COVID-19 outbreak. “The number of Ohioan lives needlessly claimed by this pandemic could have been significantly reduced had China taken appropriate measures to control the virus’ spread and disclose its severity,” said Balderson.

“The United States can’t look the other way when China so recklessly compromised worldwide health and the global economy. China and its Communist Party leadership must be held accountable,” he said.