How India and other countries mixed it up 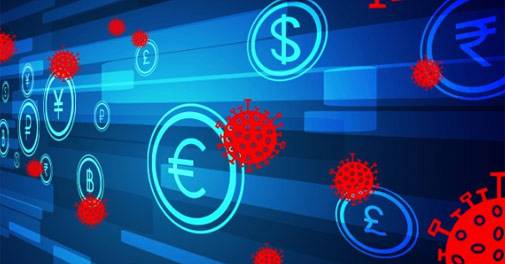 Prime Minister Narendra Modi in his address to the nation announced a Rs 20 lakh crore economic package, which he said is equivalent to 10 per cent of the GDP. The PM admitted that the package includes earlier two measures announced by the finance minister and the Reserve Bank of India (RBI). In fact, the relief announced also includes ‘liquidity’ measures.

Even though there may be a need for both monetary and fiscal measures, combining them distorts the picture. Hence, including monetary measures such as liquidity in the stimulus of 10 per cent of GDP alongside monetary measures is not ideal. Because though liquidity helps industry carry on business activity, it does not necessarily come from the government’s balance sheet, as fiscal measures do. Let’s say liquidity measure isn’t direct spending by the government – it’s more of an arrangement to place the money already in the market in the right hands.

So, the monetary measures should ideally be separated from the fiscal measures.

In fact, India’s Rs 20 lakh crore spending on coronavirus subsumes the previous packages, which include Rs 4.7 lakh crore liquidity measures by the RBI. India’s exact fiscal package as a percentage of the GDP will be known only after analysing the rest of the package.

Globally, there are governments that have separated the fiscal and the monetary measures:

US’ fiscal measures amount to $2.8 trillion. Funds, under fiscal measures, have been spent on boosting healthcare services, paying unemployed individuals, protecting businesses. CARES (Coronavirus Aid, Relief and Economy Security) Act is the main relief programme under which the funds are being spent. $510 billion has been spent to prevent corporate bankruptcy, $484 billion to protect small businesses, healthcare providers and $500 billion to expand unemployment benefits.

Among monetary measures, US Fed has announced over $4 trillion worth of programmes to boost liquidity. The funding will largely assist households and employers of all segments and help states fight offer services to fight coronavirus.

Germany’s total expenditure amounts to $1.6 trillion, but a significant chunk of this include monetary measures.  German state-owned development bank KfW has offered 757 billion euros ($ 825.12 billion) in guarantees to firms, credit insurers. This is not a direct expenditure for the government and does not come from its balance sheet. The main fiscal expenditures of Germany include 650 billion euros ($780 billion) stabilisation fund to protect struggling businesses, self-employed persons. 156 billion euros ($170.04 billion) has also been allocated as supplementary budget to overcome crisis.

China unleashed both fiscal and monetary measures earlier this year as it battled coronavirus. China spent $1.14 trillion in fight against the pandemic, but like other countries, a large part of the expenditure came in the form of monetary measures led by People’s Bank of China. The central bank injected RMB 3.33 trillion ($466 billion) liquidity into banking system. This was done through reduction in interest on excess reserves from 72 to 35 bps and credit extension to micro and small enterprises. Also, re-lending and re-discounting facilities amounting to RMB 1.8 trillion ($253 billion) was offered to support manufacturers of medical supplies, small businesses and the agricultural sector.

Japan also has allocated over $1.1 trillion dollar in its fight against coronavirus. There was a lot of cry for India to increase spending, accordingly. Now, with Rs 20 lakh crore, the government says it stands at 10%. As mentioned earlier, this figure might turn out to be much lower if monetary measures are discounted.

However, in Japan too, the amount includes both fiscal and monetary measures and the later constitutes a large portion. Around 26 trillion yen ($244 billion) will come in the form of moratoriums on tax payments – monetary measure – for affected companies and households.

UK has announced $715 billion relief package, much of which will be spent on fiscal measures to protect businesses, unemployed individuals and boosting healthcare services. Among the fiscal measures, UK will pay 80 percent of the earnings of self-employed workers and furloughed employees (to a maximum of 2,500 pounds ($ 3,075) per employee per month) for an initial period of 3 months. 14.7 billion pounds ($18.08 billion) has been allocated for the NHS (National Health Service). The monetary measures include reducing bank rate by 65 basis points to 0.1 percent to boost liquidity.

200 billion pounds ($246 billion) will be spent on expanding the central bank’s holding of UK government bonds and non-financial corporate bonds.

France is spending $460 billion to fight coronavirus. The critical expenses include increased spending on healthcare and financial support for affected businesses, professionals, gig workers. These are largely fiscal measures for which the government will spend money directly. But, France also has monetary measures planned which include liquidity support through deferment of tax payments for companies.