Here’s what South Korea has to say 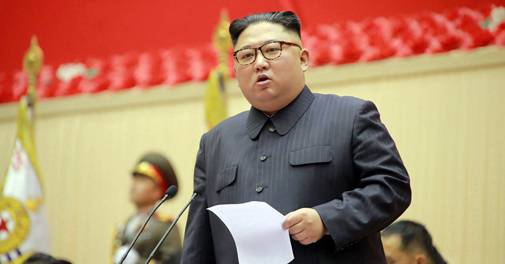 Kim Jong Un’s health news: The reports around Kim Jong Un’s worsening health condition started floating on April 15 after he did not attend the birth anniversary of his grandfather Kim Il-sung

South Korea has quelled speculations regarding the worsening health condition of North Korea’s leader Kim Jong Un’s health condition, saying that he was “alive and well”.

“Kim Jong Un is alive and well He has been staying in the Wonsan area since April 13. No suspicious movements have so far been detected,” Moon Chung-in, the top foreign policy adviser to South Korean President, told CNN

The reports around Kim Jong Un’s worsening health condition started floating on April 15 after he did not attend the birth anniversary of his grandfather Kim Il-sung. Besides, Kim’s absence from North Korea’s Military Foundation Day added fuel to the reports about his ill health. The DPRK’s state media last reported on Kim Jong Un’s whereabouts when he presided over a meeting on 11 April.

However, North Korean newspaper Rodong Sinmun reportedly said on Sunday that Kim sent thank you note to workers who helped in remodelling the city of Samjiyon in North Korea. The country controls all information surrounding Kim, who is considered almost a deity and has no free press. Analysts rely on state media dispatches and propaganda videos for any clue.