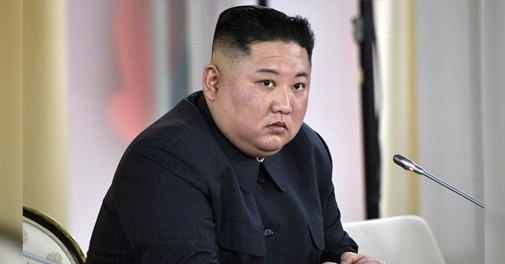 Nobody knows where Kim Jong Un is. While North Korea has remained tight-lipped on the health and whereabouts of its Supreme Leader, capital Pyongyang grows antsy. Anna Fifield, Beijing Bureau Chief for The Washington Post, recently mentioned in a column that helicopters were seen flying low over the city and residents are panic buying.

Fifield, who authored Kim’s biography ‘The Great Successor: The Divinely Perfect Destiny of Brilliant Comrade Kim Jong Un’ in 2019, stated in her column that people in Pyongyang are stocking up on everything from “laundry detergent and rice to electronics to liquor”. Imported goods were first to go, she said, with domestically produced items like canned fish and cigarettes witnessing similar demand over the past few days.

However, on how things stand, Fifield clarified that she doesn’t know. “I’m always very cautious with these kinds of rumours, given the number of times they’ve turned out to be wrong. The short answer right now is: I don’t know. None of us will know until either North Korea tells us or he waddles back into view,” she wrote.

Kim Jong Un has been missing from public life for the past few weeks. He even missed the ceremony on April 15 to honour his grandfather Kim Il Sung, a day of national importance in North Korea’s calendar to commemorate its founder.

Several reports say that the North Korean leader is in a “vegetative state” or very bad health after botched heart surgery. Rumours took a turn after Hong Kong Satellite Television Vice Director Shijan Xingzou claimed in a Weibo post that Kim Jong Un is dead, citing “very solid source”. Neither report has been corroborated by North Korea’s state media. South Korea has also downplayed the report saying that no unusual activity has been detected. China has reportedly sent a team of medical experts to advise on Kim’s health.

Reports earlier today suggested that the special train belonging to Kim was spotted in the resort town of Wonsan. The train was spotted in satellite images reviewed by a Washington-based North Korea monitoring project 38 North. As per the report by 38 North, the special train was seen parked at the “leadership station” in Wonsan on April 21 and April 23. This station is reserved only for members of the Kim Family.

“The train’s presence does not prove the whereabouts of the North Korean leader or indicate anything about his health but it does lend weight to reports that Kim is staying at an elite area on the country’s eastern coast,” the report said. Though the project claims that it was Kim’s train, international news agency Reuters has said that they have not been able to confirm this story independently.