‘Have a very good idea, can’t talk about it,’ says Trump 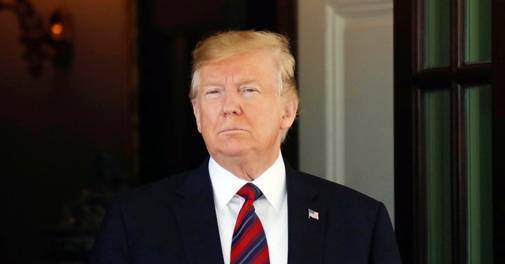 US President Donald Trump has put an end to all speculations on North Korean dictator Kim Jong Un’s medical condition at his Monday’s press briefing. Asked if he had new information about Kim’s health, Trump said: “Yes, I do have a very good idea, but I can’t talk about it now. I just wish him well”.

Trump continued, “I hope he is fine…I do know how he’s doing, relatively speaking”. Trump added that the media would “probably be hearing in the not-too-distant future about Kim”.

Multiple conjectures have grown since Kim’s conspicuous no-show at April 15 celebrations for the birthday of his grandfather Kim Il Sung- the North Korea’s founder. One report even claimed that Kim had died after a botched heart surgery.

Kim has not made a public appearance since presiding over a Workers’ Party politburo meeting on April 11.  On the same day, state media reported on him inspecting fighter jets at an air defence unit.

On Sunday, a top foreign policy adviser to South Korea’s President Moon Jae-in said that Kim was “alive and well”. The foreign policy advisor added, “He (Kim) has been staying in the Wonsan area since April 13. No suspicious movements have so far been detected”.

Yesterday, South Korea’s Unification Minister said in a private meeting that the country had, “enough intelligence to confidently say there are no usual developments regarding Kim’s health,” reported AFP.