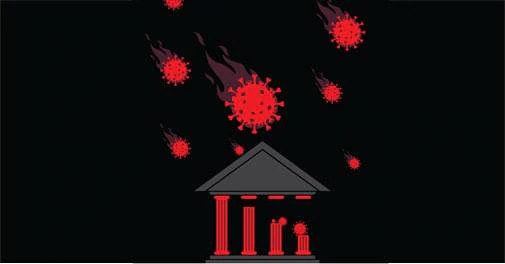 Group of Seven finance ministers on Wednesday said a debt relief initiative for the world’s poorest countries could be extended beyond the end of the year to help deal with economic fallout from the coronavirus pandemic. In a lengthy joint statement, the G7 finance ministers urged all official creditors to join the initiative, called for strengthened reporting of public debt data, and said all creditors – public and private – should make responsible lending decisions in line with debt sustainability guidelines.

In an apparent reference to practices reportedly used by China, a major creditor for low-income countries, the ministers of the world’s most advanced economies also said creditors should fully disclose terms of public debt and limit use of confidentiality clauses, including for state-owned enterprises. The statement followed a videoconference meeting of the ministers amid warnings that low-income and emerging market economies will need more than the International Monetary Fund’s initial estimate of $2.5 trillion to weather the crisis.

A debt relief initiative offered by the Group of 20 major economies, which includes China, and the Paris Club of official creditors could provide about $12 billion in extra liquidity through the end of the year. But it has drawn applications from only half of 73 eligible countries so far, and private sector participation has been halting. IMF Managing Director Kristalina Georgieva told the Washington Post in an online interview G7 officials had agreed to “work relentlessly” to ensure that all eligible countries could benefit from the debt relief plan.

Last month, Georgieva had told Reuters some countries were reluctant to seek debt relief under the G20 plan, out of concern it could harm their credit ratings. On Wednesday, she said “a small universe” of emerging market countries may need to restructure their debt in the future, given the impact of the economic crisis and a sharp drop in revenues in commodity exporting countries.

World Bank President David Malpass last week warned that “much more” debt relief would be needed, urging all commercial creditors to “participate on comparable terms and not exploit the debt relief of others.” In their statement, the G7 ministers highlighted the importance of private sector financing for sustainable development. They also urged quick progress on creating a database for private-sector loans to low-income countries.

The ministerial meeting took place days after U.S. President Donald Trump called the G7 an “outdated” body and said he would invite Russia, Australia, India and South Korea to take part in a postponed leaders’ summit in September. Canada, France, Germany, the European Union and Britain have rejected Trump’s suggestion to re-admit Russia, which was expelled after its 2014 annexation of the Crimea region of Ukraine. Others such as Japan have not weighed in.