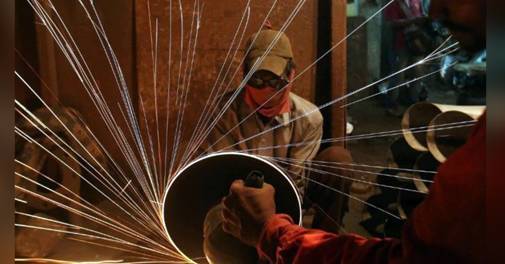 The official manufacturing Purchasing Manager’s Index rose to a three-month high of 50.9 in June from 50.6 in May

China’s factory activity expanded at a faster pace in June, beating expectations, as the economy continues to recover after the government lifted strict lockdowns and ramped up investment, but weak global demand is likely to be a drag on growth.

The official manufacturing Purchasing Manager’s Index (PMI) rose to a three-month high of 50.9 in June from 50.6 in May, above the 50-point mark that separates growth from contraction on a monthly basis. Analysts had expected it to slow to 50.4.

While most of the economy has reopened, many manufacturers are still struggling due to weak overseas orders as global demand falters. Domestic recovery also remains mild and below historic levels, amid renewed worries about a second wave of infections.

“We believe the economy is still far from a full recovery and Beijing cannot afford to reverse its easing stance,” Nomura analysts wrote Monday.