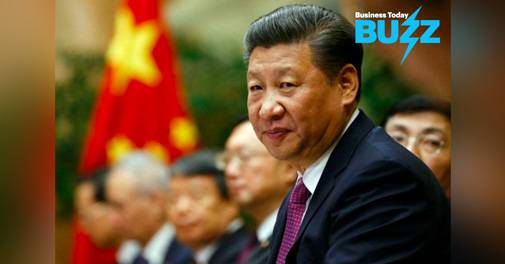 China, the first country to restart economic activity after the coronavirus outbreak, is going through a torrid time on the road to economic recovery. Growing tensions with the US and resentment among other nations over Beijing’s handling of the coronavirus outbreak is beginning to bite. With exports dropping drastically, companies dependent on exports are shutting shop. Over 4.6 lakh companies have closed, of which over 26,000 are export-oriented companies in the Jan-March quarter, corporate registration database Tianyancha reported in early April.

Also, new registrations of businesses have seen a 29 per cent YoY drop in the Jan-March quarter. Kim Ng, Managing Director of kitchen gadgets producer Ko Fung, told news agency AFP that he’s receiving no new export orders and that production has gone down by 30-50 per cent in March-April. Thousands of exporters like Ko Fung have either shut their businesses or are cutting down production, leading to huge layoffs.

China’s exports fell by 6.6 per cent year-on-year in March and imports slipped 0.9 per cent. But there was temporary relief in April with exports rising 3.5 per cent from a year-ago period. Analysts at Nomura attributed the unexpected spike in demand for medical supplies and other similar items — from $141 million on April 1 to $423 million at month-end — to the export growth in April. China sold 27.8 billion face masks and 130 million personal protection equipment to the world in March and April. But that may not be a sustainable model as countries begin to emerge from the peaks of coronavirus crisis. Imports, however, plunged 14.2 per cent signalling a deep slowdown in domestic demand as well.

China’s official unemployment rate stood at 5.9 per cent in March and 6 per cent in April but analysts believe numbers are grossly underestimated.

The damage to exports has also contributed significantly to China’s unemployment, which was at 5.9 per cent in March and 6 per cent in April. As per the Economist Intelligence Unit (EIU), these numbers are gross underestimate and that China’s official unemployment rate may be as high as 10 per cent for the month.

Most countries have been under lockdown in recent days which has led to Chinese shipments being cancelled and few new orders are coming in. In fact, its exporters are looking for domestic markets to sell products. Chinese online marketplace Taobao told AFP that the number of foreign trading companies opening stores on its domestic-focused platform spiked 160 per cent from February to May, highlighting Chinese exporters are now targetting domestic buyers.

Meanwhile, the US has ramped up pressure on the Chinese government with President Donald Trump nudging American companies to shift base from China.  “We just signed a trade deal, the ink wasn’t dry and all of the sudden this floated in. We are not going to take it lightly,” Trump said participating in a Listening Session with African-American Leaders in Michigan last week.

Trump has also accused the World Health Organisation of being hand-in-glove with China and Xi Jinping in hiding the risks of coronavirus from the world. Director-General Tedros Adhanom Ghebreyesus recently bowed to probe calls as over 120 member states, including India, sought an “impartial” investigation into the virus source via an EU draft resolution.

Angry over some of its friendly countries like Australia supporting the call, China imposed 80 per cent tariff on imports of Australian barley, signalling a possible trade war with the country.

The UN-backed resolution to probe China’s role coupled with the US’ continuous push to hold China accountable for COVID-19’s deadly march has forced China to ‘think inward’ on its export strategy.

As a result, China is preparing for a new master plan, the one that’s not export-driven, by pushing for a major revival of domestic demand to offset the losses.

Economists also believe China is preparing for the worst-case scenario, with the Donald Trump-led United States drumming up support with his ‘anti-China chorus’ and more countries like Australia, Britain and Germany tagging along while avoiding direct confrontation. Trade issues and coronavirus are not the only problems for China. With elections just a few months away in the US, Trump wants to cash in on with his anti-China rhetoric over other significant issues such as Hong Kong, human rights and Taiwan.