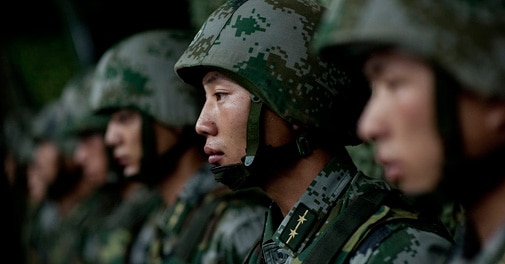 An internal Chinese report warns that Beijing faces a rising wave of hostility in the wake of the coronavirus outbreak that could tip relations with the United States into confrontation, people familiar with the paper told Reuters.

The report, presented early last month by the Ministry of State Security to top Beijing leaders including President Xi Jinping, concluded that global anti-China sentiment is at its highest since the 1989 Tiananmen Square crackdown, the sources said.

As a result, Beijing faces a wave of anti-China sentiment led by the United States in the aftermath of the pandemic and needs to be prepared in a worst-case scenario for an armed confrontation between the two global powers, according to people familiar with the report’s content, who declined to be identified given the sensitivity of the matter.

The report was drawn up by the China Institutes of Contemporary International Relations (CICIR), a think tank affiliated with the Ministry of State Security, China’s top intelligence body.

Reuters has not seen the briefing paper, but it was described by people who had direct knowledge of its findings.

“I don’t have relevant information,” the Chinese foreign ministry spokesperson’s office said in a statement responding to questions from Reuters on the report.

China’s Ministry of State Security has no public contact details and could not be reached for comment.

CICIR, an influential think tank that until 1980 was within the Ministry of State Security and advises the Chinese government on foreign and security policy, did not reply to a request for comment.